Pam Grier started her acting women in prison movies in the early 1970s; she became popular with her leading roles in Blaxploitation films. Grier’s most popular films are Coffy in 1973 and Foxy Brown in 1974. Pam Grier was influential in establishing that African American nudity, Afro hairstyles, and big sunglasses were acceptable and not unattractive. She was heavily critiqued for removing her clothes and supporting violence on screen. 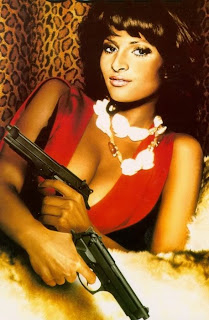 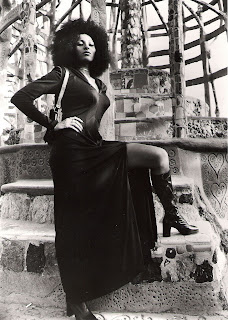 Posted by African American Women in the Arts
Email ThisBlogThis!Share to TwitterShare to FacebookShare to Pinterest
Newer Post Home